If you’re not a subscriber to Matt Taibbi’s feed on substack, you should be.  Matt continues to be among the very best actual journalists in the world.  His latest is a gem.  He looks at the (mis)behavior of lawyers in the “West regional office of an investigatory arm of the Department of Labor called the Office of Federal Contract Compliance Programs, or OFCCP.” Matt’s story is about the lawyers who ate California (and are trying for the rest of the country).

Toward the end of Barack Obama’s administration, the West regional office of an investigatory arm of the Department of Labor called the Office of Federal Contract Compliance Programs, or OFCCP, got word to conduct a routine compliance review of Oracle, employer to over 130,000 and the second-largest software company in the world.
…
When the OFCCP went after Oracle, the agency’s West Regional Director was a new hire named Janette Wipper. 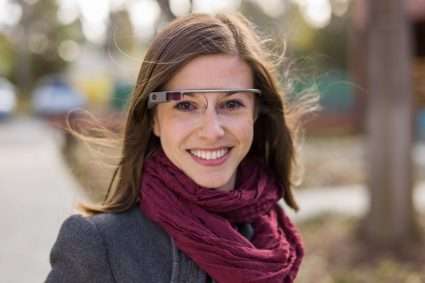 But this is California, home to innovations in just about every field of human endeavor, including law.  In this case, the OFCCP lawyers decided to make an example of Oracle.

In the spirit of California, long the cradle of American innovation, a small group of government litigators spent nearly a decade dreaming up an aggressive new vision of corporate regulation, one that’s seen agencies like California’s DFEH [Department of Fair Employment and Housing] act like high-end plaintiffs’ firms. They laugh off mediation, jump quick as you can to litigation they may be mandated to avoid, then couple blunt public accusations with eye-catching damage demands that open at ten or fifteen times the size of previous record awards. Also in the California spirit there are ruthless box-outs of other regulatory agencies, private attorneys, and even the agency’s own in-house lawyers for the sole rights to be claimants in each of the target firms’ stories, told by media pals who act more like production partners than journalists.

The really nifty trick is where these cases are adjucated.  The Constitution guarantees a right of trial by jury.  But not in the OFCCP.  Their cases are heard by Administrative Law Judges working for — wait for it — the Department of Labor (DOL).  Want to appeal a decision? Go right ahead.  Your appeal will be heard by the Administrative Review Board.  Happily for OFCCP, that department is also part of DOL.  After they reject your appeal, if you have very deep pockets, you can move to the regular trial court system.

But the case that really broke the back of that attempt was OFCCP’s charges against Activision (yes, the online gaming company).  Reporting for GameRadar.com, Austin Wood notes that 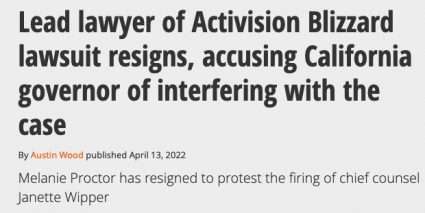 I could go on and on, but Matt is a much better writer than me. Plus he did the work and deserves to get paid for it. A monthly subscription is a measly $5.  Sign up for a year and save $10 by paying $50.

At the moment, Parts 1 and 2 are posted.  You will not believe what you read.

A personal note.  During the Obama administration, I was still teaching economics.  One of our better graduates got a job doing statistical work for a consulting firm.  His specific assignment was developing data and analyses to defend businesses subjected to the Department of Labor’s “disparate impact analysis.”  Effectively, DOL was telling firms the composition of their labor force must match the percentages in the population.  My former student came into my office very upset about this gross abuse of statistics.  Correlation is not causation.  We drum that into the brains of our economics students.  Statistics can only be used to test hypotheses produced by a model of some sort.  Disparate impact turns that idea on its head.  You can see the results today.