If California is the dumbest state, San Francisco might be the dumbest city. The other day this graphic flashed through my Twitter stream. 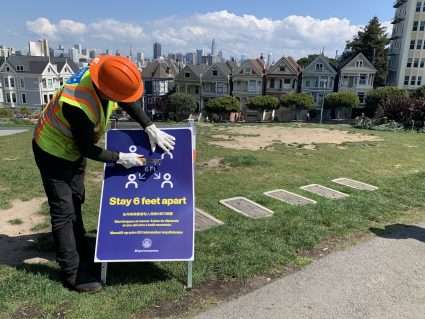 Now for those of you who have forgotten basic geometry, there are two right triangles in this image. For each the hypotenuse[1] is six feet. Even intuitively it should be clear that the other two sides of each triangle must be less than six feet. I’ll do the math later for those who are curious.

Some days Twitter can perform miracles. Economics Prof. Emeritus John B. Chilton of Virginia Commonwealth University used tineye.com to find the source of this placards. John adds, “I was motivated by my suspicion that it was an April Fools — it wasn’t.”  Here’s the image. 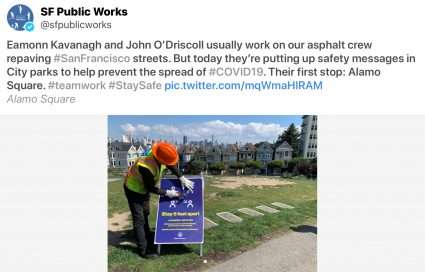 That’s right. It’s the San Francisco Department of Public Works promoting their good works in advancing social distancing. In a sane world someone would lose their job over a fiasco like this.

The square on the hypotenuse of a right triangle is equal to the sum of the squares of the other two sides.

In any case, the theorem applies to any right triangle. 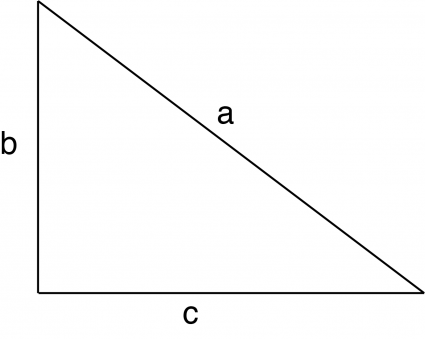 We can simplify this by assuming it’s an isosceles right triangle in which b = c. Therefore,