For decades San Francisco has been a destination for conventions and conferences. The city has been especially attractive to local tech giants including Apple, Google, and Oracle. Oops. No more. 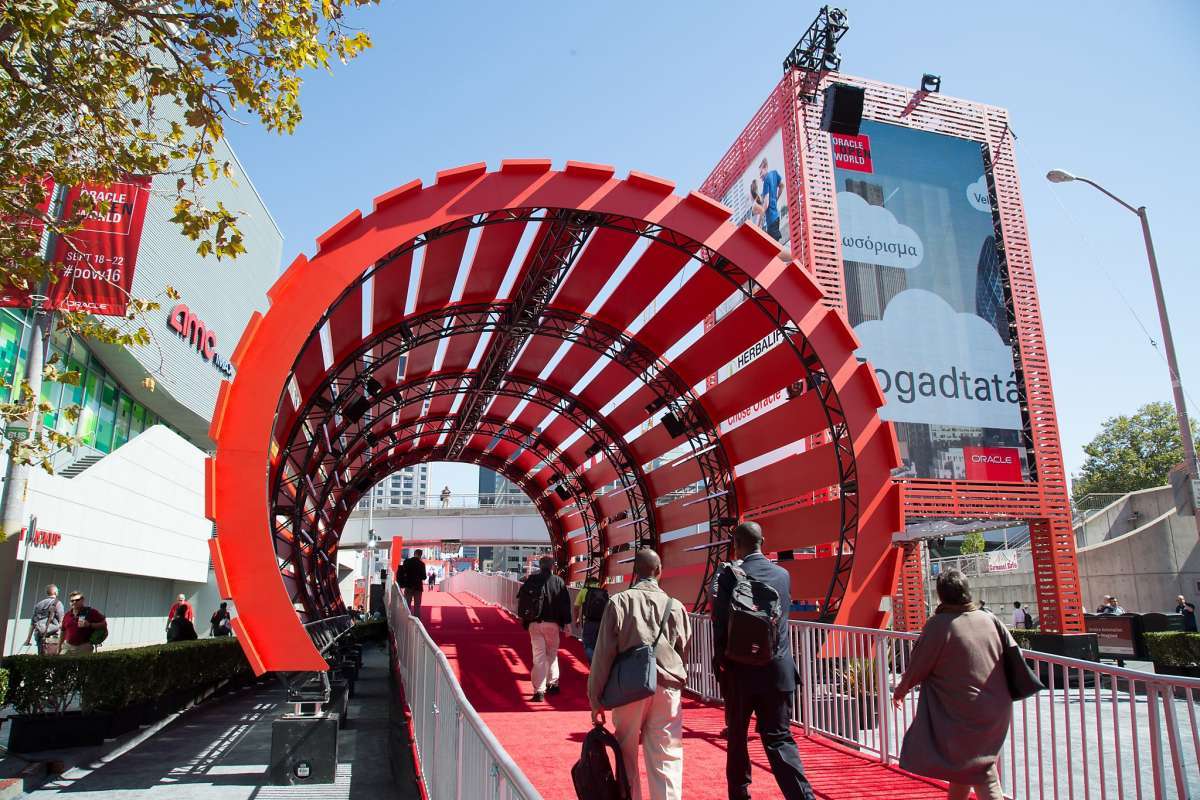 Oracle OpenWorld in September 2016, when an entire block of Howard Street closes down for a four-day conference. (Click for larger image.)

Oracle has signed a three year deal with Caesers Forum in Las Vegas to host the gathering.sa No big loss to SF, right? 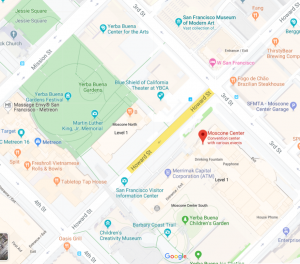 One reason cited is cost. The average price of a hotel room in San Francisco is $254.[1] In Las Vegas that average is $129.[2] (The San Francisco figure is likely for convention attendees. Averages cited elsewhere are over $300.)

More interesting (and probably accurate) data comes from a survey by CheapHotels.org. In San Francisco a hotel with at least a three star rating runs $214 per night in October. Las Vegas? A paltry $69. It remains to be seen whether conference attendees will spend the difference at gambling tables or the infamous Las Vegas shows. But they will certainly have some leftover cash since they’re spending at least 50 percent less on hotel rooms.

If only cost was the only reason. According to CNBC,

“Oracle stated that their attendee feedback was that San Francisco hotel rates are too high,” the email, which was viewed by CNBC, said. “Poor street conditions was another reason why they made this difficult decision.”

This gets to the heart of the matter. Moscone Center is located “south of Market” in San Francisco. It adjoins the Yerba Buena Gardens across Howard Street. The area has always been marginal, with large disparities between convention-goers and local residents. As street conditions in San Francisco have gotten progressively worse, the city’s attraction to conventions and other large meetings has decreased noticeably.’ 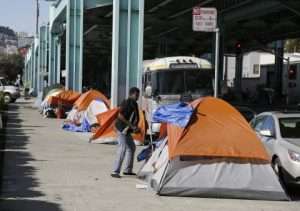 The Streets of San Francisco 2019 (Click for larger image.)

The San Francisco Chronicle closes with this note:

Other conferences have recently left the city. Apple, Google and Facebook have all moved their developer conferences south. The American Geophysical Union, which held a major annual conference in San Francisco for nearly 50 years, left for two years in 2017 and 2018 during construction at the Moscone Center, and now has moved to a rotating schedule between multiple cities. The conference is going on this week in San Francisco and will also be held here next year, but then will depart for New Orleans and Chicago before returning to San Francisco in 2023.