On June 24, California Attorney General Rob Bonta announced that California bans travel to five more states: Arkansas, Florida, Montana, North Dakota, and West Virginia. This brings the total number of states to 17. Later I will add my commentary about how this affects California sports teams fielded at pulic schools, colleges, and universities.  First, let’s look at the banned list, the reasons for the bans, and the exceptions allowed.

Official travel is banned, meaning state revenue can’t be used for this travel with a few exceptions.  The nine states previously banned were

This list is slightly misleading.  Florida and Montana were already on the banned list.  Apparently they are now on double secret probation (nod to Animal House).

In a little-noticed but significant decision in April, the Supreme Court refused to hear a case involving California’s ban on state-funded travel to Texas and 11 other red states. Sacramento’s culture warriors heard the message and this week extended their blacklist.

Lately the main complaint against states has been bans on transgender women competing against biological women in sports.  As many have noted, this would lead to the demise of many women’s sports.  (I suspect biological males may not have an advantage at synchronized swimming.)

Here are the exceptions to this law:

The Impact on Sports

The University of California system has nine campuses offering varsity sports.  The California State University system has 23 campuses. Of those, 21 offer a variety of varsity sports.  None of the teams could travel to Texas or Florida using public funds.  One interesting case is Utah.  The University of Utah is a member of the Pac-12 conference.  So are UC Berkeley and UCLA.  If Utah adopts a transgender ban, will the state try to ban travel to that campus?  I suspect this may fall under the “contractual obligations incurred before 2017” exception.  We may find out.

I have to add that these policies do not apply to private schools.  Stanford and USC can travel wherever they like. 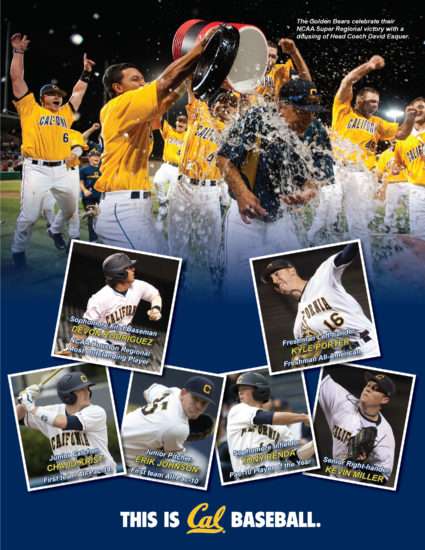 In 2011, the University of California, Berkeley baseball team qualified for the College World Series.  The qualification process has two rounds: Regional games and Super-regionals.  There are 16 regional sites, each with four teams.  The series is double-elimination. The regional winners are paired up for three games in the eight super-regional.  The eight teams who win their super-regionals advance to the College World Series, held in Omaha every year in mid-June.

Cal’s regional was in Houston.  (That’s part of Texas for those weak on geography.)  Would Cal be allowed to play in Houston now? We may find out sooner than you think.  Texas and Florida are home to college sports powerhouses.

Below are two pdf files.  The first contains details of how schools handle these prohibitions.  The second is a brief discussion of the possible Utah situation.