Over the last decade, universal preschool education has become a popular topic of conversation among educator policy wonks in the California k-12 education industrial complex. It was the subject of a 2020 CA Senate District 13 candidates forum in the SF Bay Area last week. Clearly momentum is building in the Democratic Party to try to expand public California preschool.

The forum audience  – apparently composed mostly of voters working in or retired from the public education sector – warmed the most to the candidates who told them what they wanted to hear and were also the most experienced with early childhood education. CalRetort;s best guess: the winners were women candidates Sally Lieber (D)  and Shelly Masur (D).

Those interested in using game theory to analyze this problem should read the companion article available via this link.

Analytical Summary from a Conservative POV – More public preschool could lower the incidence of criminality and pay for itself. However, the societal downsides could include a reduction in the diversity of private pre-school curriculums as well as a negative impact on the growth of the public charter movement.

Background – California local public schools and charter schools now offer a year of ‘transitional kindergarten’ before kindergarten for children with a 5th birthday between Sept. 2 and Dec. 3.  By offering even more years of free pre-kindergarten education, the local public schools could be channeling many more students into their k-12 system away from charters. Thus, any State funding and legislation enacting ‘universal’ preschool for 3 and 4 years olds must include charters in the package. If it doesn’t,  universal preschool at public district schools would be siphoning off youngsters from entering charter schools in kindergarten. 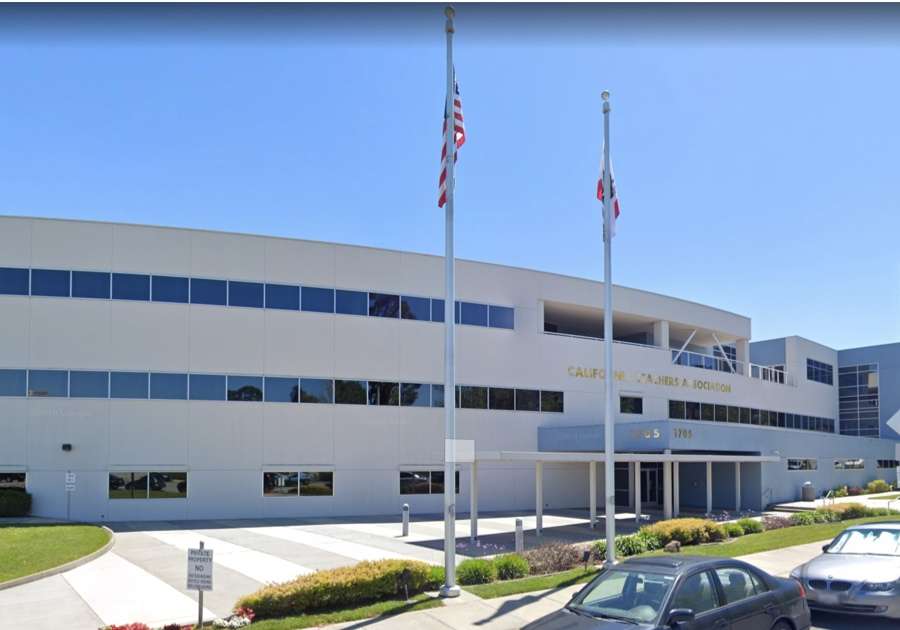 Politics – In the run-up to the 2020 elections, California teacher unions are looking to endorse state senate and state assembly candidates who offer full-throated support for funding ‘quality’ public pre-school. Judging by the candidates’ discussion at a recent League of Women Voters Forum in Menlo Park, it seems public preschool could be ‘universal’ program and not limited to the needy who can’t easily afford daycare. The funding could be limited to a program for 3 and 4-year-olds.  Or there also could be funding for a program for infants and toddlers. It could be as long as full-day, so parents can work. Democratic candidates say they would swiftly put Sacramento legislative analysts to work crafting some pre-school funding bills.

At its most extreme, pre-kindergarten becomes little more than taxpayer-subsidized babysitting.

The voters wonder if attending pre-school is generally a good thing and is worth the public cost. Research does show little kids learn more words, and they are better socialized than kids who don’t attend.  But measures seem to show this headstart fades in a few years.  What’s the societal benefit, if any?

What do Republicans vs. Democrats Think?

Some California Republican candidates are supportive of the idea of public preschool and believe that some state spending on early childhood education could reduce adult criminality over time.

“Break the school to prison pipeline” is the rationale. They say research suggests there could be significant taxpayer savings if there were to be a lower prison population and lower caseloads in the courts.  ‘It costs ‘$10 million dollars to prosecute and imprison a murderer for life!’ They cite research that shows academic advantages fade to zero by 3rd and 4th grade. Rather the societal benefit is the more stable and productive lifetime outcomes, the reduction in crime.

Republicans say take the time to explore, plan and test what kinds of pre-school programs actually work to improve later adult lives. Unfortunately one has to wait 30 years to measure that.

Most Democrats say that ‘we’ already know it works,  what to do, and how to roll out pre-school. We just need funding. The benefits are clear and  it’s the right thing to do.’

Everyone seems to agree that more credentialing of pre-school staff  ‘quality’ is advisable. But how much is enough?

Some Republicans say caretakers of infants & toddlers could get a credential in 3 months from a community college; ‘teachers’ of 3 and 4-year-olds a 1 year certificate.

Some Democrats say ‘quality’ infant/toddler staff should need a two-year AA; teachers of 3 to 4 year olds should need a Bachelors’s.

As for paying for expanded public preschool, opinions vary

Some Republicans think eventually reducing the spending on the prison system can pay for preschool. There is no need to raise more revenue with taxes, etc., just change the spending.

Democrats suggested levying  1) an oil extraction tax, CA is the only state without one, 2) a wealth tax on only the ultra wealthy of course, not you or me.  A democratic candidate who shall remain unnamed stated that 5% of the [entire?] state budget should be devoted to early childhood education. 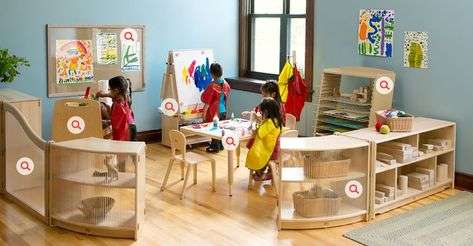 Here is a preschool program for parents who like to encourage neat and tidy! And independence. Others may prefer warm and fuzzy and more teamwork.

Let’s consider the private preschool sector in California. There is a wide assortment of pre-school programs.

Obviously almost none of the teachers/staff at these thousands of private, independent pre-schools are unionized.  Yes, it’s the lowest pay in the education sector. [But who would argue for the same pay as the high-school math teacher?] Yet many are ‘certificated’ by their program’s brand training and have at least some college or even 4-year degrees. In California there is not so much a shortage of quality private pre-school staff as a shortage of preschool compatible facilities in convenient locations for parents.

Some existing pre-schools offer need-based scholarships. In addition, there exist charitable non-profits that are in the business of giving low-income parents money to attend private schools. But obviously applying for these charitable benefits is a big hassle for a needy, busy parents. And obviously, a California state voucher system for needy families to use private preschools would be one of the better and fastest ways to provide quality pre-school more equitably across society. Given the current makeup of the state government, implementing a voucher system seems highly unlikely. 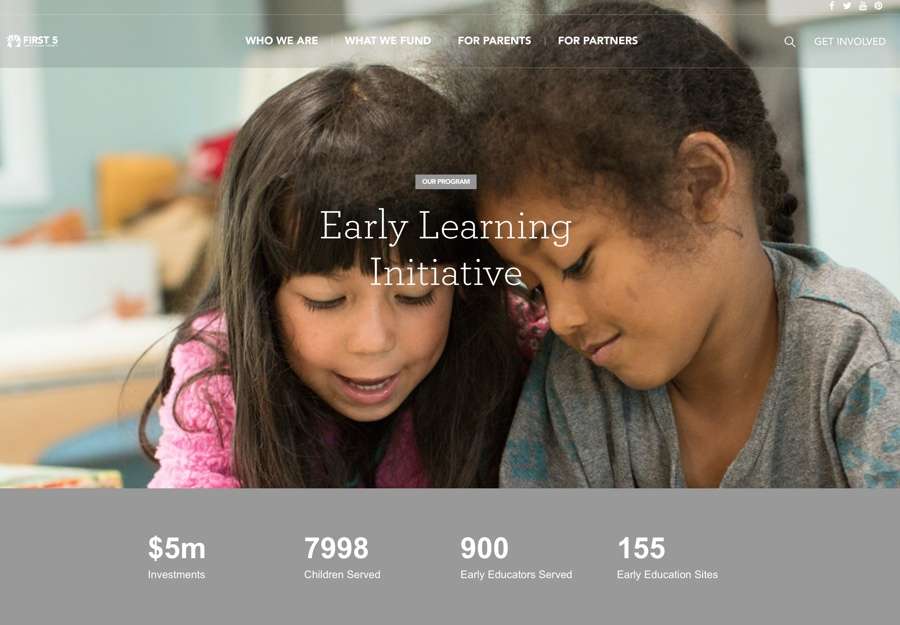 The web site of First Five – the Santa Clara County Branch. This is an NGO that rolls out preschool, health and parental educational on behalf of the CDE to the qualified needy. It has a CDE created curriculum.

A major concern is even earlier state indoctrination. If the California Department of Education were to develop or chose a pre-school curriculum for 3 and 4-year-olds, there might be only ONE type, its approved type.

And CDE appears to already have such a curriculum.  A free public pre-school program could significantly diminish the diversity of alternative preschool programs that families and society now enjoy. To be blunt, state-sponsored child indoctrination will start even earlier than kindergarten.

Over the past two decades the State has already rolled out preschool education for the ‘qualified needy’ in every county.  It seems to have shifted away from CDE staff provided services to using  NGO employees as the provider. Educare is such a provider. The state funding source for these services appears to be from the ‘Rob Reiner’ tobacco tax initiative passed 20 years ago. The funding is now called First Five.  An affluent suburb nearby this reporter has such a First Five branded preschool at one of that district’s seven k-6 schools. Is it for the children of the Central American maids and gardeners who care for the affluent suburb and live in the crumbling garden apartments nearby?

The state supported NGO preschool providers do all seem to use a 3 volume ‘curriculum’ developed by CDE  a First Five – California Preschool Learning Foundation Curriculum.

This reporter briefly perused volume one. Oh, so many, many words. It does not read like a ‘how-to.’  It reads like treatise for a Ph.D. in early childhood development telling you what is ‘normal’ progress and what is not. One hopes there is some practical ‘professional development’ that’s let teachers learn the how-to! 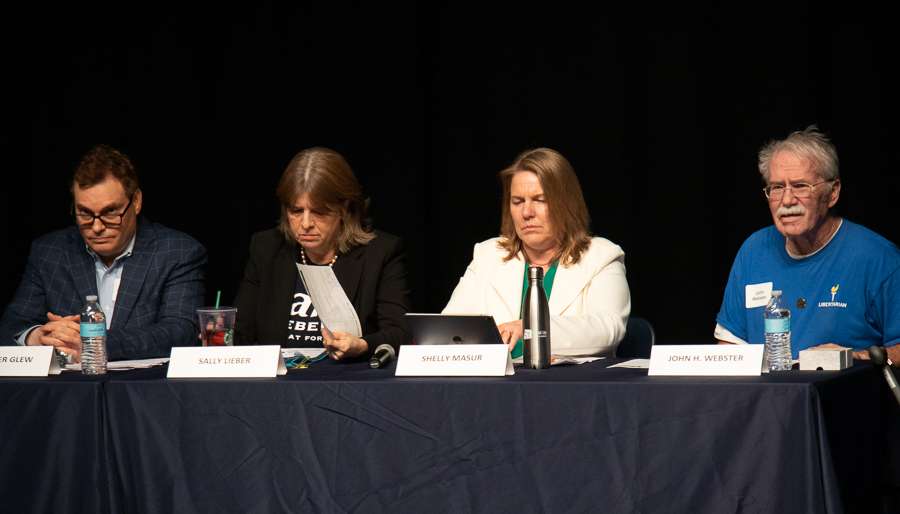 The effect of free universal public pre-school on charters could be to end the expansion of that sector perhaps even contracting it. So what would be the mechanism?

Today in any particular local school district or county school district, parents first decide on a school system when a child is five and about to enter kindergarten or transitional kindergarten.  Hedging their bets, the parents may have pre-registered for kindergarten/TK with several elementary education providers – the local public school, a charter school lottery, some private schools.

Suppose the parents ultimately choose the local public school for kindergarten/ TK.  It’s a fact that students tend to remain in their school for the entire grade progression through fifth/sixth. The parents don’t often switch to the charter, unless something goes ‘wrong.’

Similarly suppose the parents won the charter lottery and they decide to place their child in the charter kindergarten/ TK. The child remains at the charter for the entire grade progression through fifth/sixth. Parents don’t often switch a charter child to a private school or to the local public school.

But now imagine adding free public local preschool for 3 and 4-year-olds to the offerings at the local public school campus and NOT at the charter. Many tots who enroll at age 3 at the local public school  will just stick around for kindergarten and for grades 1 to 5/6.  Essentially parents will be choosing a school system when the child is three, rather than five. Later when the child is 5, not many will later apply for admission to the charter kindergarten.

Clearly – if the state of California were to expand and fund public pre-school – it should also fund it equally for charter schools.

In addition, there would need to be state legislation that allows a charter to easily modify its existing charter agreement with the authorizer in order to add preschool grades.  Right now the law let’s the local district interfere in charter renewals if the charter adds grades. Laws should ensure the charter modification process is timely and without red tape and litigation. 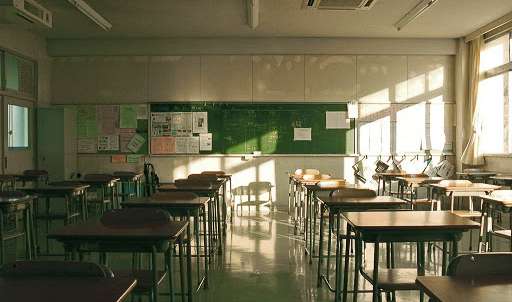 Falling enrollment, empty classrooms, lead to closed public schools. Space that charters may seek to occupy under Prop 39 Facilities Request process. Districts logically should try to fill them up with preschool grades to keep the site from being taken over by a charter.

Consider that the school age population is shrinking in most of California’s school districts. Quite a few public school campuses have empty classrooms.  In some areas, low enrollment is forcing districts to close 1 or 2 of their local school sites. By law, the closed school can become a  ‘facilities opportunity’ for a charter to open up at the vacated site. That means a charter could siphon off even more kindergarten enrollment in that shrinking school district. Better to fill up the space with tots and not close the site, so a charter doesn’t ask for it!

Now imagine adding two preschool grades at each local public school site and not at charters.  Total enrollment grows by 15% or more.  Now Imagine that the preschool students stick around for kindergarten and grades 1 – 5/6. They don’t choose to switch to the charter. With two grades of preschool – perhaps districts can keep a lot more local public school sites open. And create 15% more teacher union jobs!